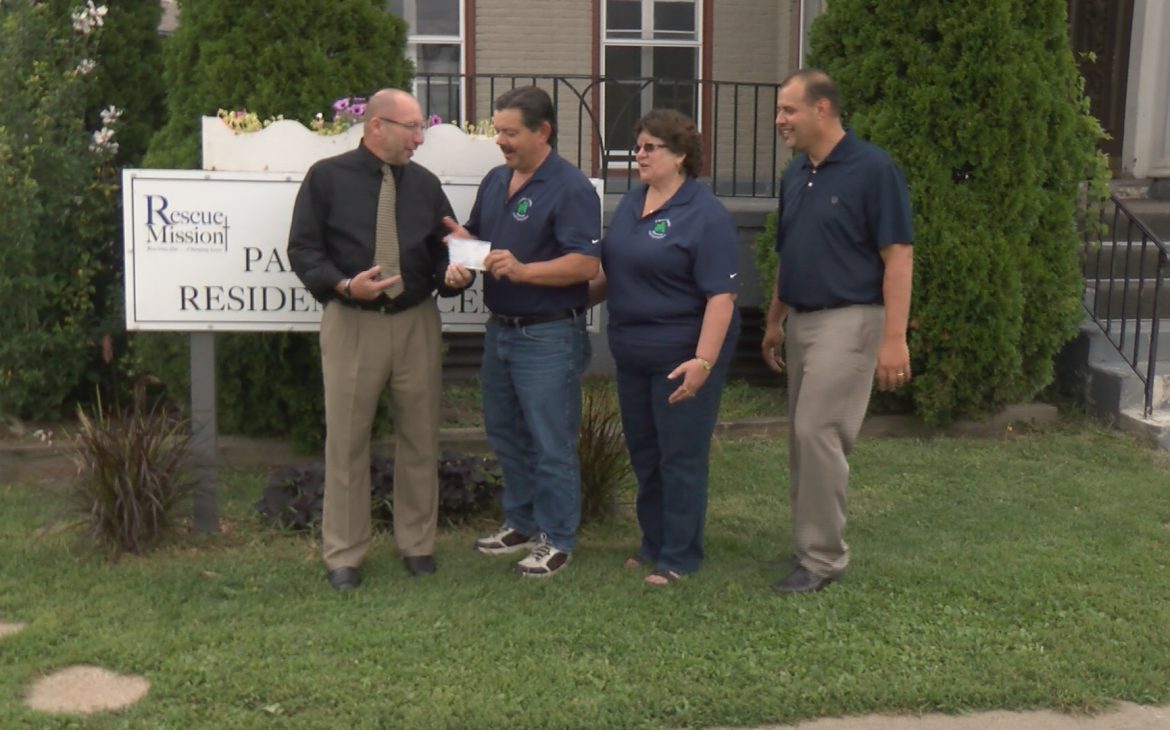 From Recovering Addict to Posthumous Benefactor…

UTICA – Patrick Marley started at the Rescue Mission of Utica as a recovering addict. By the end of his time there, he’d become an employee and an important force in the recovery of others, holding prayer groups and bible study sessions.

Marley died in a swimming accident in 2009. But his family is making sure he continues to help the Rescue Mission. Each year, the Marley family holds the Patrick G. Marley Memorial Golf Tournament. Thursday they gave the $10,000 proceeds from this year’s tournament to the organization that helped bring their brother back to sobriety.

“Patrick had some problems back in the day, and he went through the Rescue Mission and they were super, super with him. And helped him throughout a bunch of problems that he had and he actually worked in the kitchen for about a year,” said Patrick’s brother, Mike Marley.

The Marley family has raised more than $60,000 for the Rescue Mission in their brother’s name over the past seven years. This year’s tournament was held last month at Kanon Valley Country Club in Oneida.

To see the article and video please see article from WKTV.