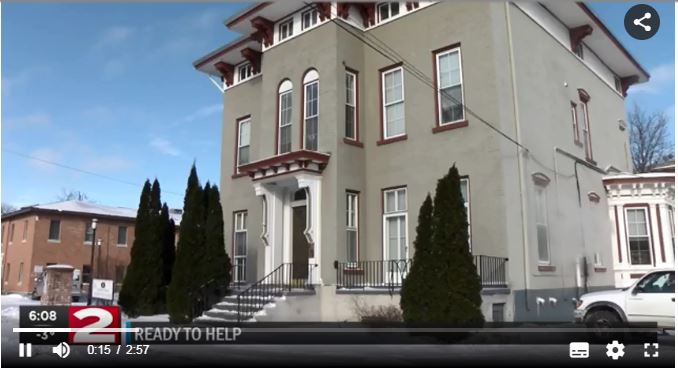 Utica, N.Y. – Whether you’re talking Utica or Rome, the goal of the Rescue Mission in each city is the same, to help those in need. That goal may never be more apparent each year than during a brutally cold stretch of weather, like the stretch we are currently seeing in the Mohawk Valley.

Utica Rescue Mission Executive Director Jim Haid says his organization on Rutger St. in Utica will not turn anyone away even though they have 47 people right now in their 35 bed emergency shelter, “We’re at or near capacity every night of the year, and tonight is no exception. We just want to make sure that even if we don’t have a bed for them, to make sure that they’re out of the cold. If we put them in the chair or on a couch for the night, we’ll do that. We’ll work with Social Services in the morning to get them out to a proper place, but we don’t want anybody on the street. It really is a life or death situation for people out there.”

With temperatures expected to go as low as -25 degrees tonight in the Mohawk Valley, Rome Rescue Mission Executive Director Matt Miller says his facility is near capacity but there are a few open beds.  He says there is a gentleman at his facility on E. Dominick St. in Rome who has actually lived in the woods for the last ten years and very rarely, if ever, would come in to the Rescue Mission to spend a night, but he’s there now, “He comes into the Mission quite frequently for lunch and dinner, and we were able to convince him to come out of the woods until at least the weather breaks during this time.”

Miller and Haid both say they can really use warm weather items to help those in need, items like hats and gloves and especially jackets.

Miller says each item can really help save a life, “Unfortunately the people that we serve they have no other means of transportation to walk. Your skin exposed to the elements for 10 or 15 minutes, frostbite can start setting in and then you have to worry about hypothermia.”

If you have any items, or even monetary donations, that you would like to drop off, you can do so at either mission, seven days a week.