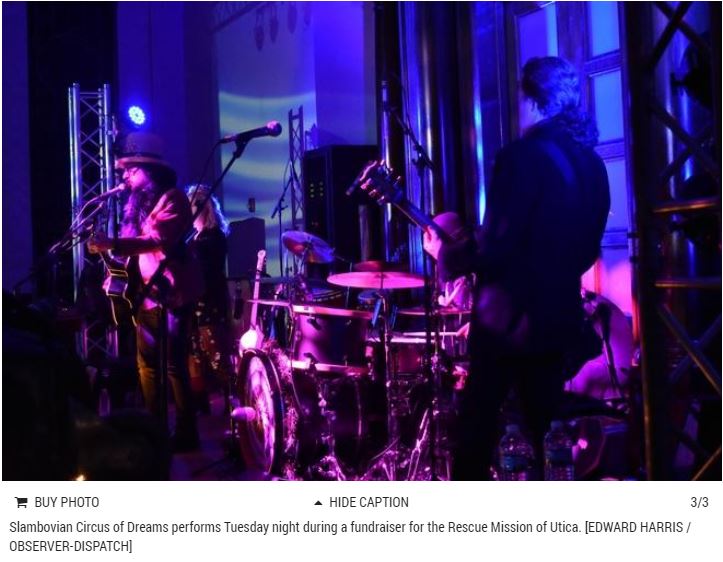 UTICA — The sounds of The Slambovian Circus of Dreams filled the Dorothy Smith Center for Advocacy at RCIL on Tuesday night.

The band, which performed a holiday benefit for the Rescue Mission of Utica, previously played in Utica over the summer as part of the Levitt Amp Music Series.

“It’s awesome,” said Jim Haid, executive director of the Rescue Mission, adding that it was fitting that the concert was played during Christmas time. “We’re a faith-based organization. It’s a blessing for us.”

The band — whose sound was described as hillbilly Pink Floyd — played a mix of traditional Christmas songs, original Christmas songs and more. The band played for an hour and then came back for another round following a Hanukkah-inspired intermission.

Steve Kowalsky — a Rescue Mission board member and owner of Empire Recycling — met the band about a year and a half ago. He helped set up Tuesday’s show as a benefit for the Rescue Mission.  “Nothing better than that,” Kowalsky said, chuckling at the thought of a hillbilly Pink Floyd type band playing a Christmas show.