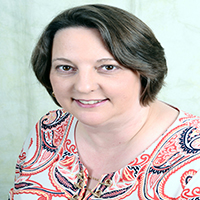 “Jim Haid had a remarkable impact on the Rescue Mission, our programs, and the way we deliver services to the most vulnerable in our community”, said Davidson. “Under Jim’s leadership, the Rescue Mission launched the Skills for Success Job Training Program, which provides two semesters of classroom and hands-on training in the construction fields.  Students graduate with 41 hours of college credit, and NYS certification in masonry and carpentry, while also building a community of Small Houses in the process. When completed, the Small Houses will be provided on a rent-to-own basis to low income individuals and families who will own the homes after 7 years. Property that was once overgrown and worthless will be added back to the tax tolls.  The dream of home ownership will become a reality,” Davidson noted.

“Jim’s foresight led to the Mission moving its administrative offices to Genesee Street, which provided space for the Emergency Men’s Shelter to more than double in size.  This move increased available beds for homeless men, from 28 to 59,”added Davidson.  “With local, state, and federal funding of $13.5 million, Jim led the mission in the planning and construction of the West Street Apartments which opened to the public in March 2018.  The complex has 42 one and two bedroom apartments, for income qualified individuals and families. Residents can also utilize the food pantry, clothing closet, computer center, and representative payee programs offered by the Mission, and located in the lower level of the facility,” Davidson stated.  “Through the grace of God, prayers, the support of our donors, and Jim’s leadership we are able to see individuals go the full cycle from being homeless and addicted, to educated, employed, and now living independently as a direct result of the ministry and programs offered by the Rescue Mission.”

Haid notified the board of his retirement plans in late 2018 which according to Davidson, allowed time for an extensive search for the new Executive Director.  After a lengthy process, Wendy Goetz was selected.  Haid and Goetz worked together for several weeks, to ensure a smooth transition.

“Goetz was raised in the area, attended Whitesboro schools, and holds Master’s Degrees from Rensselaer Polytechnic Institute in Rochester and the State University of New York College of Technology at Utica/Rome.  She has over fifteen years experience as a healthcare administrator and most recently was the Administrator for Rome Memorial Hospital’s Residential Healthcare Facility and Senior Behavior Health unit. During her tenure at Rome Memorial, the Residential Healthcare Facility was ranked among the top Quintile, the top 20% of nursing homes statewide through the Nursing Home Quality Initiative (NHQI), and one of the few facilities to consistently achieve a Five-Star CMS ranking. She has also been a Fellow in the American College of Healthcare Administrators,” Davidson stated.

“As we approach the 130th anniversary of the Rescue Mission, we are pleased to have Wendy Goetz lead our organization,” continued Davidson.  “Wendy’s expertise, strong faith, and the vision she has for the Mission, are what is needed as we look to 2020 and beyond.”

Founded in 1890, the Rescue Mission of Utica is a faith-based nonprofit, multiple-service, charitable organization serving Utica and the Mohawk Valley 24:7 and 365 days a year.  Visit uticamission.org for more information, or to make a donation