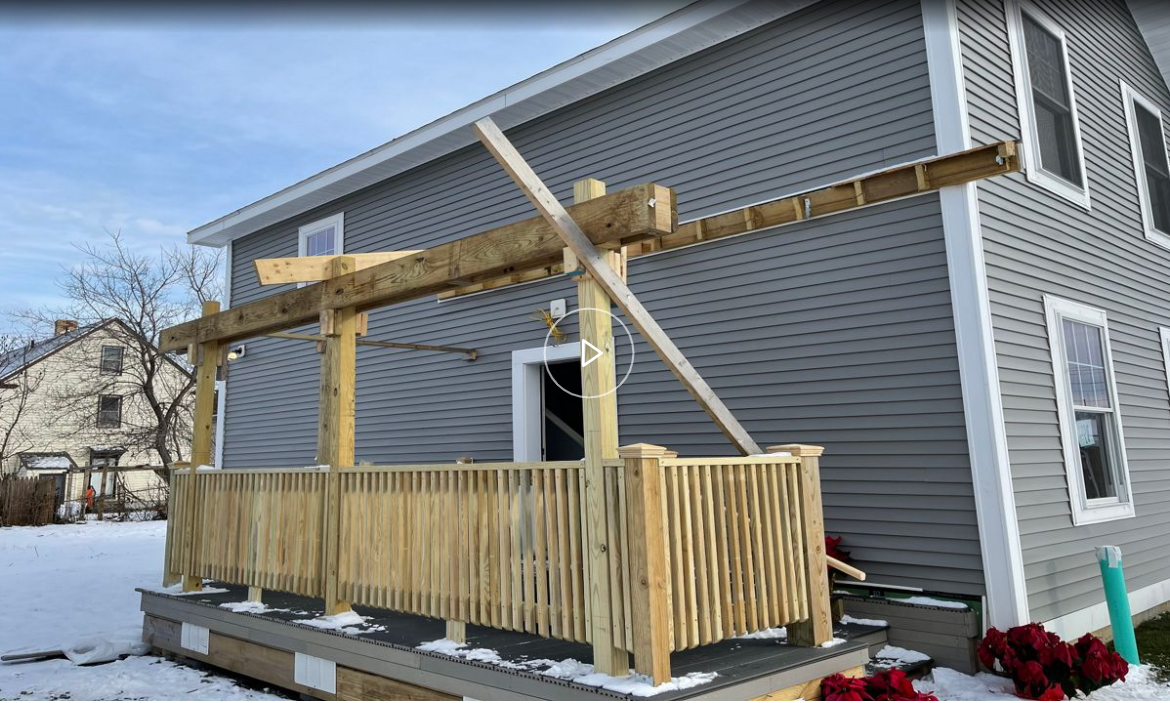 Imagine the feeling of walking into your new house as a first-time homeowner. For one man, that dream has become a reality with the help of the Rescue Mission of Utica.

What You Need To Know

It was the first time the new homeowner, John Smythe, saw his house since it was under construction

The Rescue Mission held a ribbon cutting ceremony Wednesday to mark the presentation of its first small house project.It was the first time John Smythe got an opportunity to see his new home since it’s been under construction. “Last time I’ve seen it, they were still working on it. But now, when I walked in, I was amazed. Like ‘oh my god,’ then it really hit me, ‘this is mine.'”  He was presented a key and hopes to move in by next month or February.”I always paid rent. Now I’ve got a home. I don’t have to pay rent no more and all that. I’ve never had a home. So yeah, I’m amazed,” Smythe said.Smythe previously volunteered at the Rescue Mission and now works there as a custodian. He heard about the program and decided to apply.”It’s a great organization. The Mission, they just truly help people. If you want help, they’ll help you. If you want it, it’s there. It’s a great place,” he said.The project was made possible by the Rescue Mission’s “Skills for Success” program. It’s a collaborative effort to help young members of the community develop skills in building.”While they also work on completing their GED, or they work on other life skills, and they’re the ones that built this under supervision of a general contractor in the local area,” said Wendy Goetz, the executive director of the Rescue Mission of Utica.For the Rescue Mission, it’s a perfect way to wrap up their 130th year helping the community.”This is why I do what I do,” Goetz said. “It just created that feeling that yeah, it’s all worth it. All the struggles, we went through New York on pause trying to build this. We went through a lot of challenges, and to finally see it come to fruition, see the vision come to reality, was such an amazing thing.”

The Rescue Mission of Utica is set to also work on the home next door in the future.The project was funded with help of grants from the Community Foundation and some help from the City of Utica, as well as donations.The Home Ownership Center also assisted with the project. Smythe took classes there on how to become a successful homeowner.