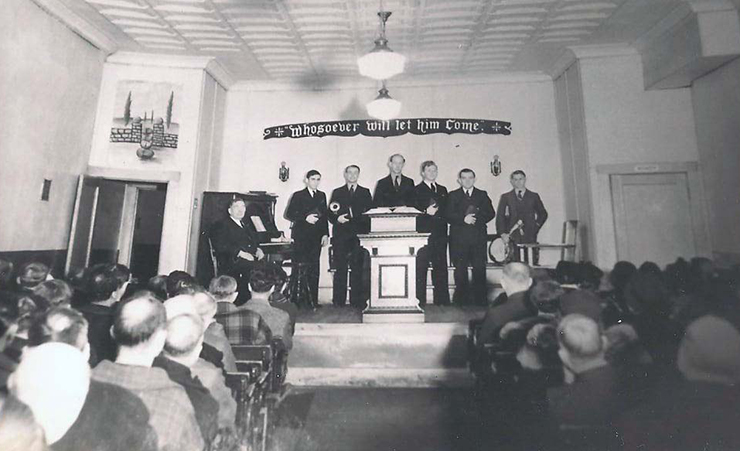 In 1890, during a meeting at the First Presbyterian Church in Utica, evangelist Sam Hedley stressed the need for a Rescue Mission to care for the transient and alcoholic men who were congregating on the streets. Later that year, the first Mission building was rented at 24 Liberty Street, where they provided transients and homeless men with overnight lodging and soup.

In 1891, C.W. Roberts became the Mission’s first superintendent. A former alcoholic and gambler, Roberts had turned his life around at the Jerry McAuley Water Street Mission.

In 1905, the Mission was incorporated.

In 1928, the Mission purchased its first building, at 33 Genesee Street on Baggs Square. The building, which provided 36 beds, was often filled to overflowing. Alcoholism among men was on the rise and the Rescue Mission saw the need to provide a rehabilitation program. 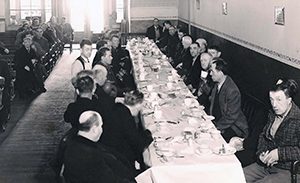 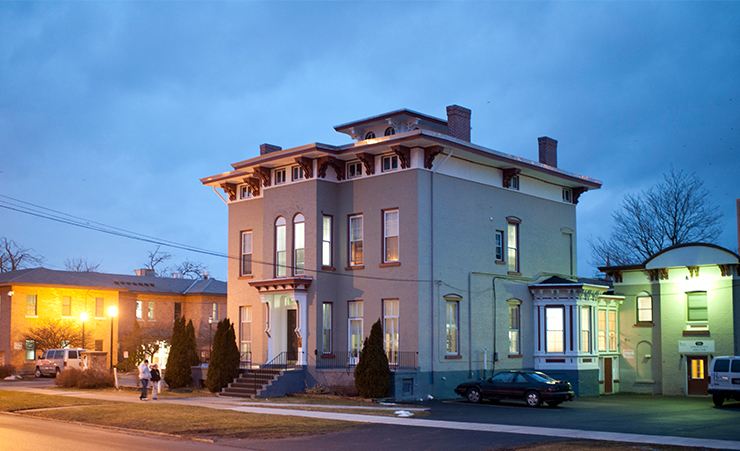 In 1971, as a result of the Baggs Square expansion project, the Mission relocated to 203 Rutger Street, the first of nine buildings on its current campus.

In 1976, the Mission opened the only sobering-up station in Oneida County.

In 2015, the Mission celebrated its 125th Anniversary and implemented our new Skills for Success Job Training Program. So far 14 have graduated from the program. Many exciting things are in the works here at the Mission, so stay tuned!

In 2018, the Mission opened West Street Apartments that consists of 36 one bedroom and 6 two bedroom workforce apartments, affordable to individuals and small families with total household income at or below 50% of area median income.  The complex also includes approximately 7,200 square feet of community services space, which consists of four programs operated by the Rescue Mission of Utica: Learning Center, Community Clothing Room, Food Pantry, and the Representative Payee Program.  These programs deliver clothing, food, employment training and skills, and money management services to the Utica community.

Your support transforms the lives of many in our community!

Learn how you can help or make a donation today.

This is a great opportunity to hear news and updates happening at the Rescue Mission along with testimonies from those whose lives have been changed through our ministry!

When you #StartWithaSmile, Amazon donates 0.5% of the purchase price to the Rescue Mission of Utica Inc. Bookmark the link http://smile.amazon.com/ch/15-0569359 and support us every time you shop.