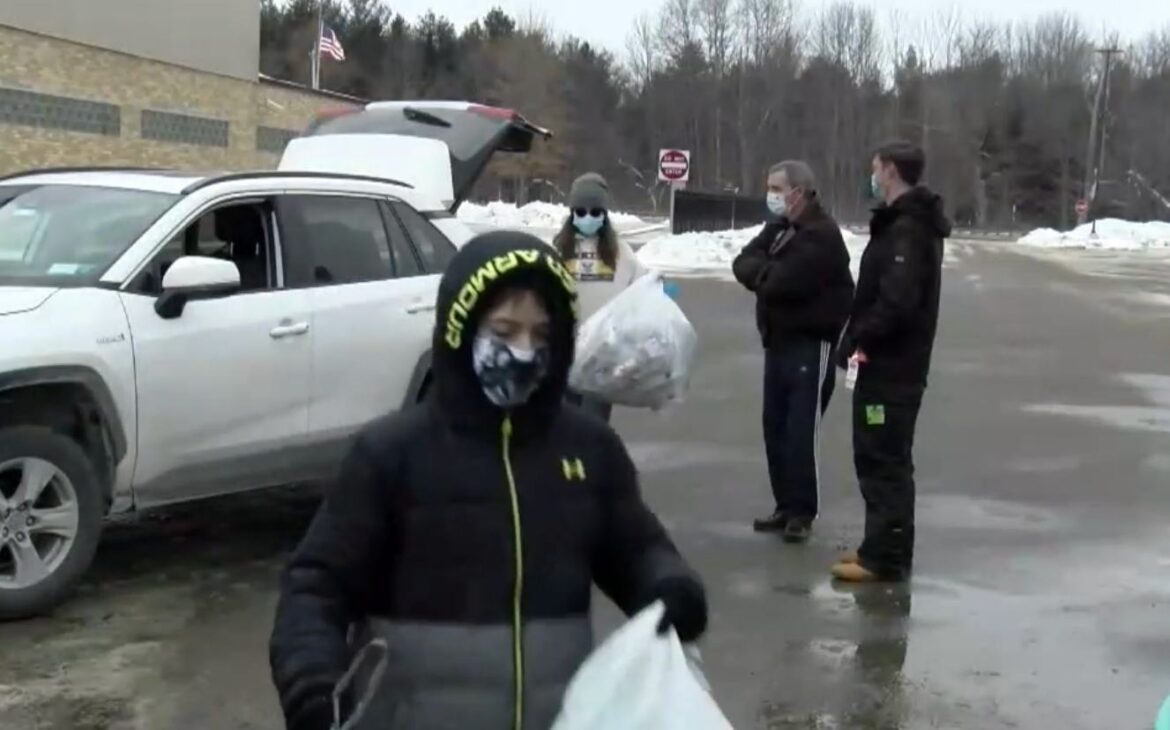 WESTMORELAND CENTRAL STUDENTS ORGANIZE CAN AND BOTTLE DRIVE
A group of Westmoreland students did their part to give back to the community by holding a bottle and can drive.
Posted: Jan 30, 2021 6:32 PM
Updated: Jan 30, 2021 11:05 PM
Posted By: James Corrigan
A group of students at Westmoreland Central took a math project and turned it into a bottle and can drive.
The students took in more than their fair share of plastic over three hours, filling nearly two U-Hall vans worth of bags. For them, the choice to make this into a class assignment was easy.

“Basically, we had a choice to do either a test or a project,” said 7th grader Brayden Mysiek. “And most of us wanted to do a project.”
“I think they’re all going to get very good grades,” said their teacher Mike Mulvihill. “They decided to do this project to help out with the COVID pandemic, people losing their jobs, people just suffering in many ways, and these guys did a great job.”
The proceeds are set to be donated to groups such as the American Cancer Society and the Rescue Mission of Utica. Mulvihill is proud of not just his students’ outreach, but their ability to use their math skills to make it all happen.
“One place said that they would give us six cents per can,” Mulvihill said. “Another place said they’d give us five cents per can. It’s an easy choice go to the six cent place. But we had to take a U-Haul which is a cost. And the one that was six cents was further away. So the students said, ‘hey, is it worth it to go to the six cent place? At what point is it worth it?’ So there was a lot of good math involved.”